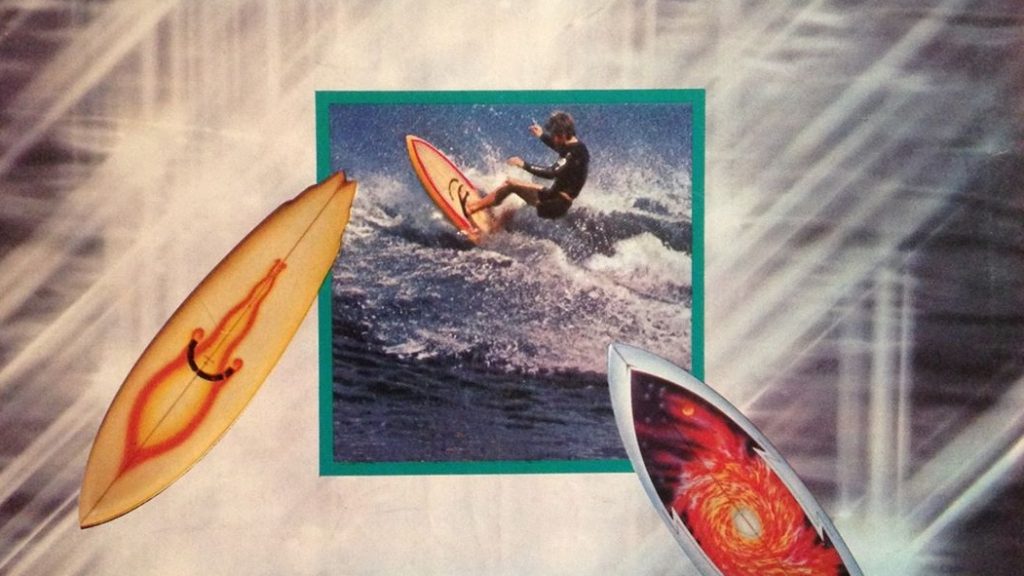 Greetings, Shredderz! Although I’ve only written a handful of posts about storied Aussie label Hot Buttered Surfboards, it remains one of my all time favorites. In particular I am drawn to the Seventies Hot Buttered boards, many of which boast incredible outlines and then far out spray jobs by master airbrusher Martyn Worthington. Hot Buttered Surfboards is the brainchild of Terry Fitzgerald, AKA the Sultan of Speed. Two of the coolest boards I’ve featured on this blog have been Fitzgerald shapes. The first is a board he shaped under the Lightning Bolt label; the second is a board Fitzgerald shaped for none other than Dick Brewer, with whom he collaborated during his frequent visits to Hawaii.

The ad you see above I believe originally ran sometime in the Seventies, though I am unsure of the source. It was recently posted to the Vintage Surfboard Collectors group on Facebook. The group, which in my experience skews towards Aussie collectors, is an amazing resource for all sorts of photos of great Hot Buttered boards. I can’t say for sure but I have to imagine the group was instrumental in getting me interested in Fitzgerald’s shapes in the first place.

Pictured above is one of my all-time favorite Hot Buttered Surfboards quiver shots, which was also originally posted on Vintage Surfboard Collectors. Not only are there three insane Martyn Worthington airbrushes, but the red board is also a Hot Buttered collaboration with Dick Brewer, Sam Hawk and Owl Chapman.

Thanks for reading and Sagas of Shred will be back in a week with more vintage surf ads!