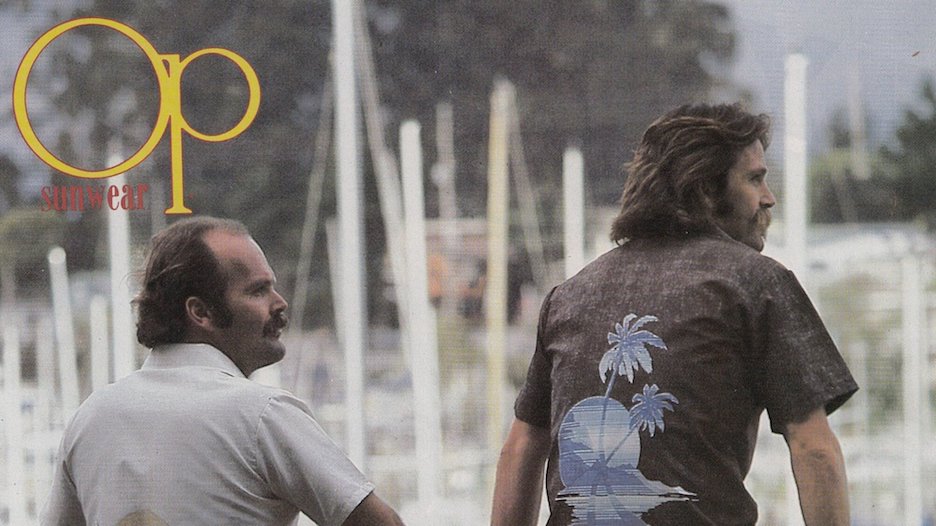 Greetings, Shredderz! As some of you may know, I am fascinated with Santa Cruz’s surf culture. Despite great waves year round and a dedicated crew of local rippers, Santa Cruz’s board builders don’t seem to attract the same attention as their Orange County counterparts. It’s a shame, because there are a number of talented shapers who call Santa Cruz home, whether it’s folks like Doug Haut, Ward Coffey, Travis Reynolds, and countless others, to say nothing of even more underground names like Chuck Vinson, the Overlin brothers and Mike Croteau.

I originally spotted the OP ad above in a 1980 issue of Surfer Magazine. Being the pathetic surfboard nerd that I am, I was immediately drawn to the stick peeking out of the bottom right corner. My first thought was that it might be a Herbie Fletcher. As I looked closer at the photo, though, I realized that the two people are Bob Pearson and Doug Pearson, and the board is actually a Pearson Arrow with an older version of the logo.

As someone who was a teenager during the Nineties, I’ll always associate Pearson Arrow with folks like Jay Moriarity, Flea and Skindog. Yes, the Santa Cruz crew had quite the run back in the day, but I still feel like their contributions are underrated. The cutting edge aerials or pushing the limits of Mavericks would have been enough to get people’s attention on their own, but the fact this crew did both simultaneously is impressive, to say the least.

I was pleasantly surprised to see Ocean Pacific, a brand practically synonymous with the Southern California surf industrial complex, choose to shine the spotlight on Santa Cruz. This is actually the first I have heard of Doug Pearson as well. No idea if he was or remains involved with the Pearson Arrow brand, which I believe Bob still runs.

As a bonus, see below for a rad little vintage Pearson Arrow board I featured a while back.