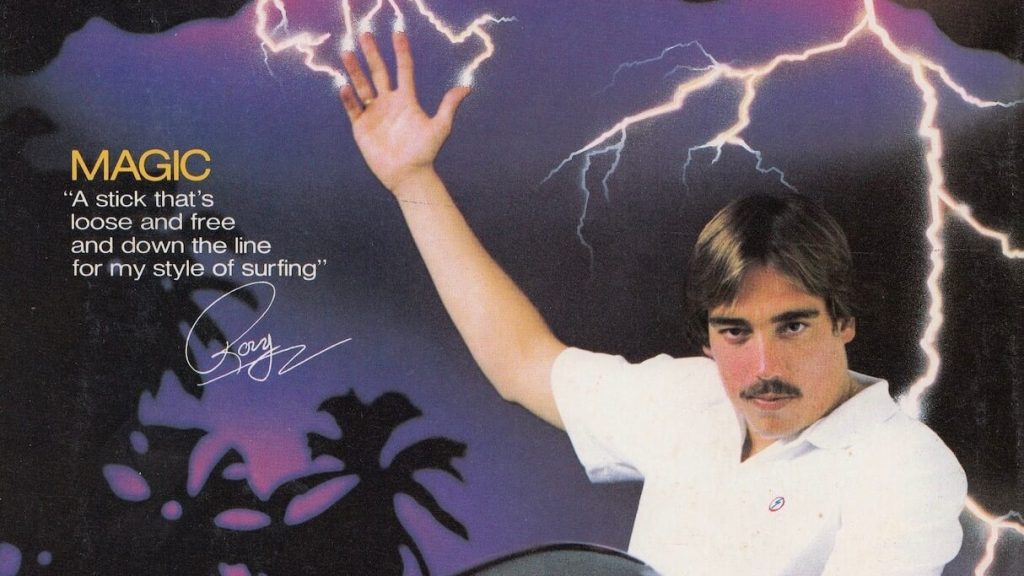 Greetings, Shredderz! It’s Thursday evening here in California, which means it’s time for more Sagas of Shred. If, like me, you’re looking for some kind of distraction from the apocalyptic scenes out there, may I suggest some hilarious vintage surf ads? Today we’ve got another Rory Russell Lightning Bolt ad for your enjoyment. Russell, in addition to being one of the finest Pipeline surfers of his generation, was by all accounts one of the more entertaining characters during the wild days of pro surfing in the Seventies. I’ve featured Russell’s ads for Bolt multiple times here on Sagas of Shred.

The Rory Russell Lightning Bolt ad you see here was taken from the August 1980 issue of Surfer Magazine (Vol 21, No 8). Yes, those low budget 80s fantasy movie style magic effects are entertaining enough, but I literally laugh every time I look at Rory Russell’s facial expression. He looks like he barely managed to keep a straight face while the photographer told him to channel his inner warlock or something. Whatever happened on the photo shoot that day, I’m glad it has been immortalized in this hilarious ad. Given Shred Sledz is mostly a blog about vintage surfboards, it’s worth noting that is posing alongside a signature black Bolt Pipeliner, which he continues to shape today.

Thanks for reading and we will be back in a week with more Sagas of Shred!