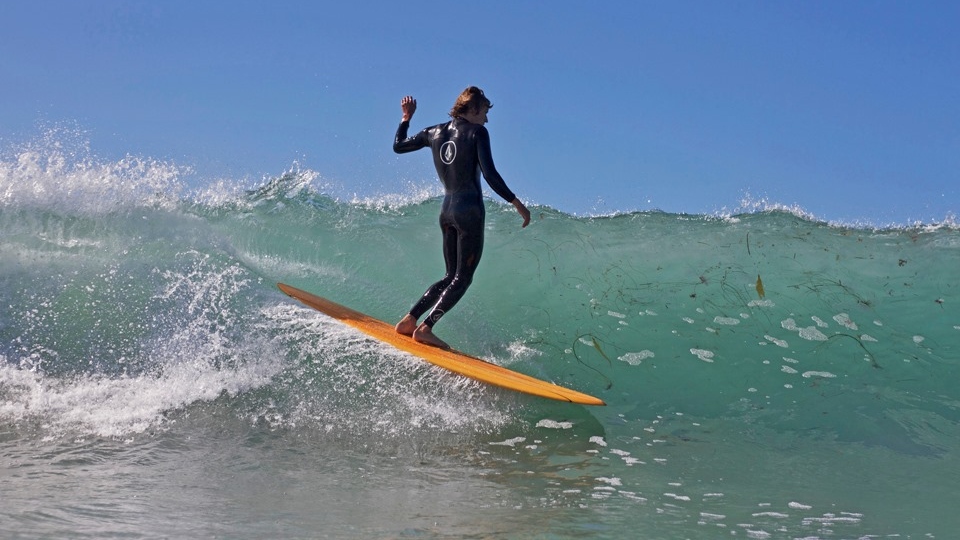 Greetings, Shredderz! For today’s Clipz entry we’ll be delving into some footage of San Diego goofy foots who enjoy pushing the limits on alternative equipment. Keep reading for more.

In retrospect, it’s amazing that John John Florence and Blake Kueny’s “View from a Blue Moon” (still somehow underrated, if you ask me), and Ryan Thomas‘ “Psychic Migrations” were both released in 2015. I probably prefer Blue Moon, but it’s close. My single favorite clip from either movie is Ryan Burch’s mind-blowing performance on a rainbow fish he shaped in Chile during the trip. The good news is “Psychic Migrations” can be watched in full on YouTube.

Warning: watching “Psychic Migrations” might turn you into a fiend for more footage of Burch surfing fishes. The good news is I’ve got your fix. Mollusk puts out some fantastic clips and the above is no exception. I hate to gloss over Rob Machado’s surfing, which is as stylish as ever, but man, seeing Burch generate warp speed on a little yellow fish is eye-opening. For even more Burch on what might be the same board, check out this Erik Derman clip I posted earlier.

As far as I’m concerned, the high performance thruster vs. alternative equipment “debate” is unnecessary. Can’t it be as simple as different boards work for different styles? I much prefer to see Mick Fanning on the surfboard equivalent of an F1 race car. On the other hand, you can’t watch these videos of Joel Tudor at Lowers, the Mecca of high performance surfing, and tell me that there’s an issue with his equipment. The second wave in the first clip is ridiculous — I don’t think it’s possible to surf a wave better than that. The boards in both clips were shaped by Hoy Runnels, glassed at Joe Roper’s, and sprayed by Tom Curtiss. Call them midlengths at your own risk!