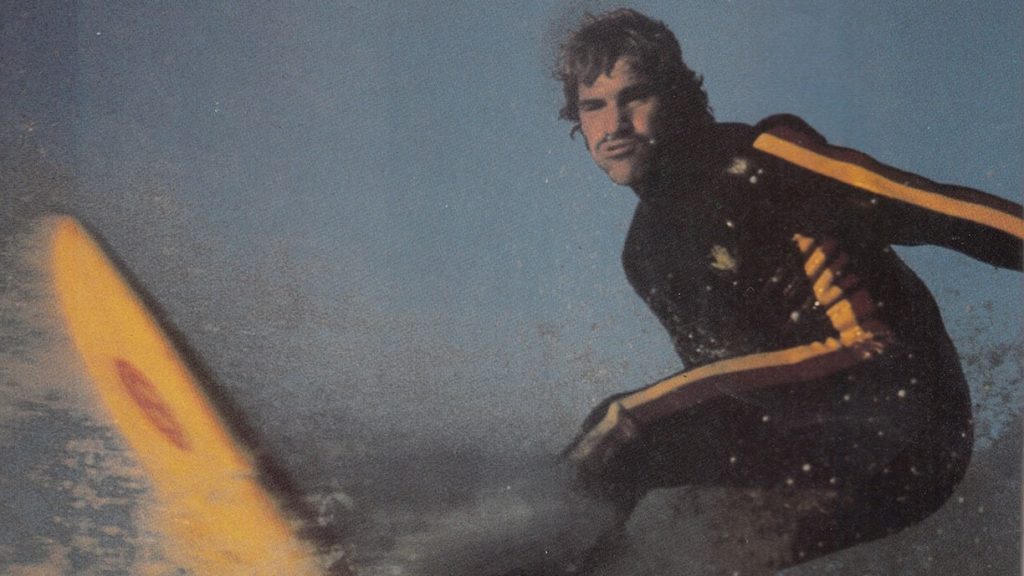 Greetings, Shredderz! Of all the great nicknames in surfing, Allen “Wave Killer” Sarlo has to be at the top of the list. Sarlo made his name as a pro in LA, particularly at Malibu, where I understand he can still be found shredding today.

Sarlo has been associated with a number of LA surf labels over the years, such as Zephyr Surfboards, Con Surfboards, and South Bay-based Body Glove.

Pictured above is a Body Glove ad from 1980, which originally appeared in Surfer Magazine (RIP). Trust me, I can talk about vintage surf ads forever, but I don’t think there’s anything I can say that isn’t better expressed by Sarlo’s sheer torque and the look on his face. I love the stripes on Wave Killer’s wetsuit, and check out the cool Body Glove logo in the top left of the ad.

Thanks for reading and as always, we’ll be back next Thursday with more Sagas of Shred!