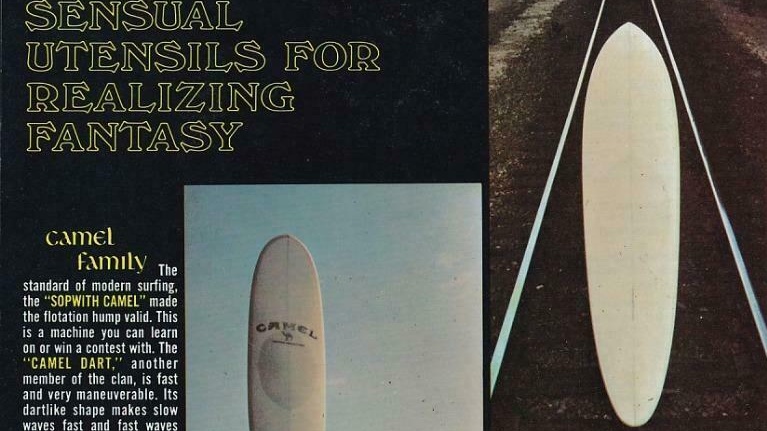 Look, I might not know how to explain Morey-Pope’s delightfully off the wall advertising, but I do know it is never, ever boring. Tom Morey (and let’s not forget Karl Pope, either) has made many appearances here on this blog, and for good reason. The invention of the Boogie Board alone earns him all-time status, to say nothing of his work on the removable fin box, surfboard traction, or any number of other technologies he dreamed up.

Yes, Morey has an incredible track record as an innovator, but let’s not lose sight of his contributions to surf marketing. All the Morey-Pope ads I have seen are bursting with Morey’s frenetic creativity and off kilter sensibilities. I can’t get enough of them. I’m always impressed by how much sheer content is crammed into these ads, and the one above is no exception. I originally found this photo on eBay. The listing claims the ad is from 1969.