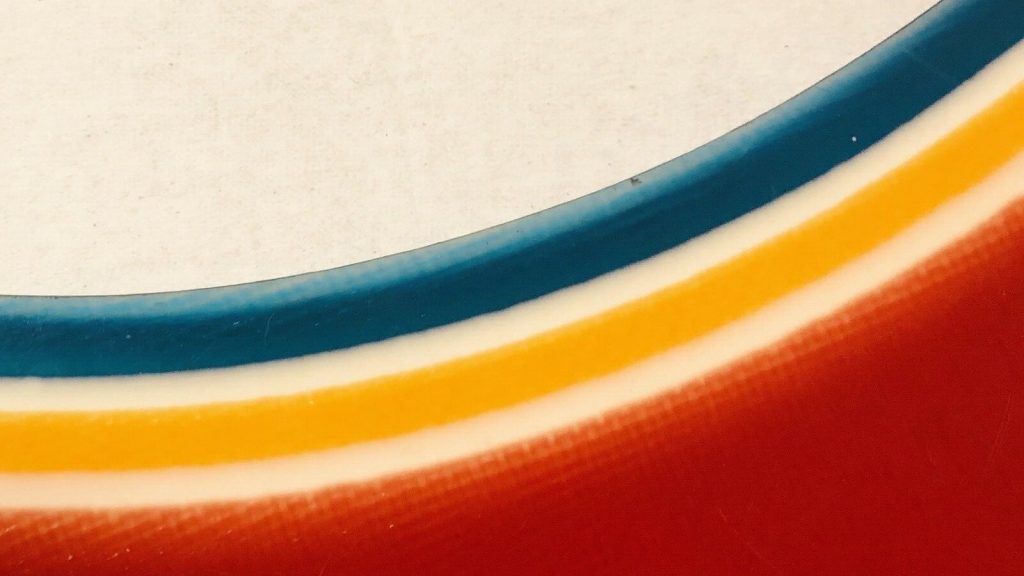 Greetings, Shredderz! I love vintage surfboard fins. This has more to do with aesthetics than anything else, but there’s no disputing that vintage fins can be gorgeous. Many vintage fins are sold on eBay, which means there’s great data about the prices they command.

While top notch examples can still fetch staggering prices, I was surprised to see some that were reasonably priced. Keep scrolling for some analysis on recent fin sales, and of course, a heaping helping of vintage surfboard fin eye candy.

Broadly speaking, I’m a free markets kind of guy. But I have to admit that when I saw the fin above listed for $475 I felt a bit outraged. The fin is stunning, which isn’t up for debate. It’s also in remarkable condition. The fin ultimately sold for an undisclosed amount. I wouldn’t be surprised if the sale price ended up being around $400, but that’s just a guess.

It didn’t seem that long ago that I was blown away that prices had moved past the $300 marker, and now we’re rapidly closing in on $400. The fin directly above sold for a whopping $371.00, before shipping. I think it’s a bit on the plain side, but given the size and the condition, I don’t think the price is insane. Last time I covered fin prices, one with a broken tab sold for $365, which I still think is crazy.

I’m a bit surprised this fin hasn’t sold at $220. It’s not cheap, per se, but I personally think it’s a beautiful fin. Maybe the magenta is a bit much for some folks. It looks like the fin might have been sanded down at the tip, otherwise it’s quite clean.

I thought this fin was really cool, and it sold for $150. You can see some fiberglass weave — maybe it was sanded down a bit? — and the colors are slightly faded. I was surprised this Bruce Jones-branded fin only went for $77. This red / white / blue fin is lovely, and went for $160. Again, the colors are faded, but I like the effect. There’s also a small chip towards the tip. I love the simple colors on this blue and white fin, and was surprised to see it didn’t reach $130. Finally, here’s one that went for nearly $380. I don’t love the colors but to each his own.

For some earlier posts on fin prices, check them out here and here.