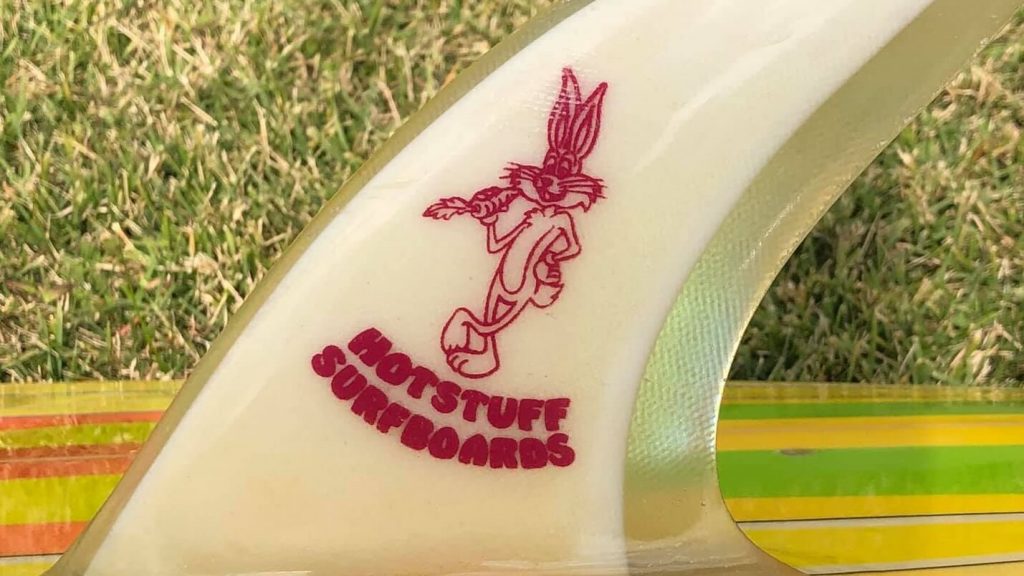 Greetings, Shredderz! For those of you hoping that Shred Sledz wouldn’t wade into the political firestorm that’s currently raging, well, I’ve got some bad news. Today we’re featuring the signature surfboard of the Queensland Labor Party’s candidate for Burleigh…yes, the one and only Wayne “Rabbit” Bartholomew.

The surfboard featured here is a Hot Stuff Wayne Bartholomew Model. I was actually surprised to see that the laminates use Buggs’ given name. It seems a bit stuffy given Rabbit is famously one of the more colorful characters in the pro surfing universe. Hot Stuff, like Rabbit, is as Aussie as it gets, but this particular shape was made in California under license. I’m not sure who shaped the board; Tom Eberly and Bob Hurley were two of the better known shapers who worked on these designs. See here for a recent Bob Hurley reissue of a Rabbit twin fin model, similar to the one above.

Many thanks to Don, who owns the Hot Stuff you see here, and was kind enough to share pics. He originally posted this photos on Facebook and graciously let me run them along with this blog post, too.

The surfboard measures 5’7″ x 20″ x 3″ and it is in all original condition. I can’t get enough of the board’s logo, which has the half-assed aesthetics of a bad Canal Street bootleg, and yet elicits something I might even call innocence. I guess I just like the fact surfboard labels could produce this kind of stuff without worried about getting sued into oblivion (though I think Warner Brothers eventually served Hot Stuff a cease and desist). It’s a perfect match for Rabbit, though, from the Warner Brothers logo to the Buggs icons, and most importantly, in terms of attitude.