Michael Ho for Off Shore 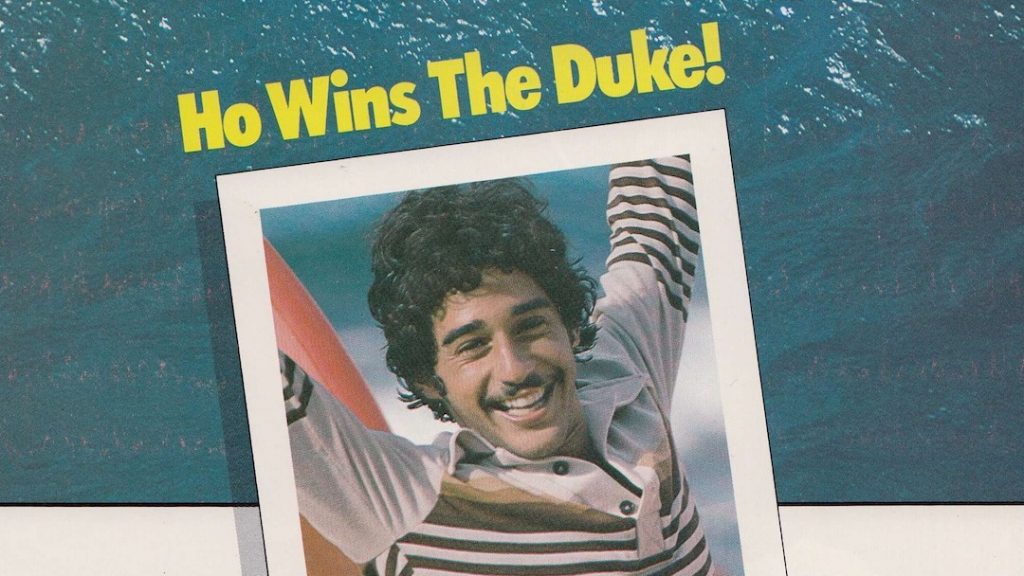 Greetings, Shredderz! Welcome to the latest entry in the Sagas of Shred series, which features a vintage surf ad every Thursday evening. Today we’ve got Michael Ho in an advertisement for defunct label Off Shore Sportswear. We actually featured Mike Ho in an Off Shore ad a while back; things are, uh, a bit duller this time around.

This week’s entry showcases Ho in more familiar surroundings: charging Pipeline. The ad originally ran in the June 1979 issue of Surfer Magazine (Vol 20, No 6). Once upon a time the Duke Kahanamoku Invitational Surfing Championship was the premier surf contest on Oahu’s North Shore, held at Sunset Beach. As the name suggests, the Duke was invite-only, and simply getting an invite was a big deal. Michael Ho captured the title twice, first in 1978 (which this Off Shore ad celebrates), and then in 1981. Michael’s late brother Derek captured the last Duke title in 1984. I love the board Ho is riding here, too. I dig the outline and the double HIC logo on the deck, complete with contrasting colors, is a nice touch.

Thanks for reading and we’ll see you next Thursday with some more vintage surf ads for your viewing pleasure!