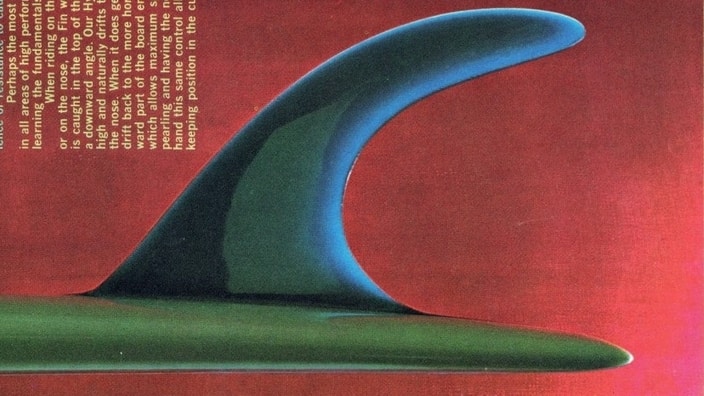 Greetings, Shredderz! Today we’ve got an ad going back all the way to 1967, featuring none other than Mike Hynson for Gordon & Smith. I found the image on a site called The Finbox, which has a stash of ultra high quality scans of vintage fin ads. I can’t recommend the site enough if you’re interested in the evolution of surfboard fin design.

I love the way the ad looks, with the hero shot of the fin, and the striking colors. What’s really fascinating are the descriptions of the fin’s performance aspects. It seems obvious now, but Hynson’s push for fins with less surface area — compared to, say, D Fins from the Sixties — represented a significant step forward in fin design. Check out the section on The Finbox titled “History of the Fin” for more. I don’t know nearly enough about historical fins to say anything more, but the ad is certainly a fascinating time capsule from 1967, right as the Transition Era was about to hit its stride.