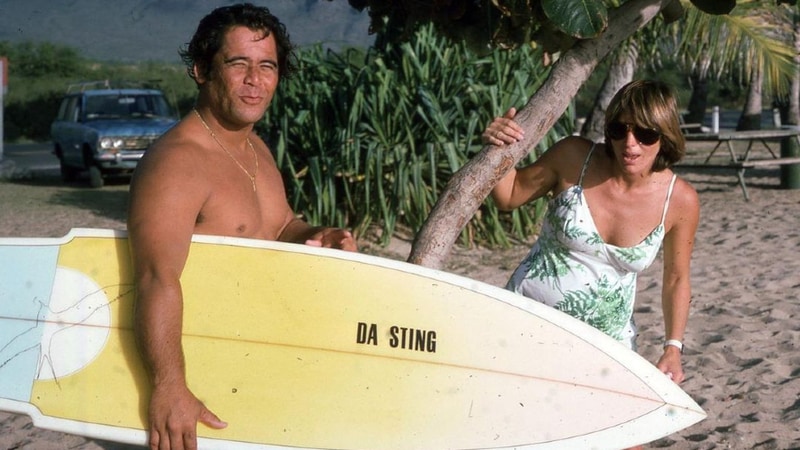 Greetings, Shredderz! Welcome to the latest entry in the Social Media Roundup series. Keep reading for some standout social media posts from over the past thirty or so days, including some wonderful tributes to the late, great Ben Aipa.

The very first vintage boards I purchased were a pair of Surfing’s New Image / Aipa stings. They weren’t shaped by Ben, but ever since then I have been fascinated with Aipa’s sting design and his legacy as one of the greatest Hawaiian shapers. Here are two fantastic photos that celebrate Aipa’s life: the first is a photo taken by Jeff Divine, and I found it via Freesurf Magazine, and the second is via The Lost and Found Collection. Photo at the top of the page via Duke Aipa.

Here’s a photograph of Terry Fitzgerald taken by Scott Aitionn. I originally found this photo via @silversurfer0161. I had never heard of Aitionn until writing this post. Seems like he was a well regarded Australian surf photographer back in the day, but I literally can’t find any other info online. Anyway, this pic is an absolute stunner.

The other news that everyone has been talking about is California’s recent run of unbelievable swell. Joel Tudor was on it, and photographer Todd Glaser was there to capture the action. Here’s a clip of Tudor riding the board pictured above — a 1978 7’7″ Encinitas Surfboards egg, with down rails and wide point forward, shaped by John Kies — and Todd Glaser has more photos on his Instagram, too.