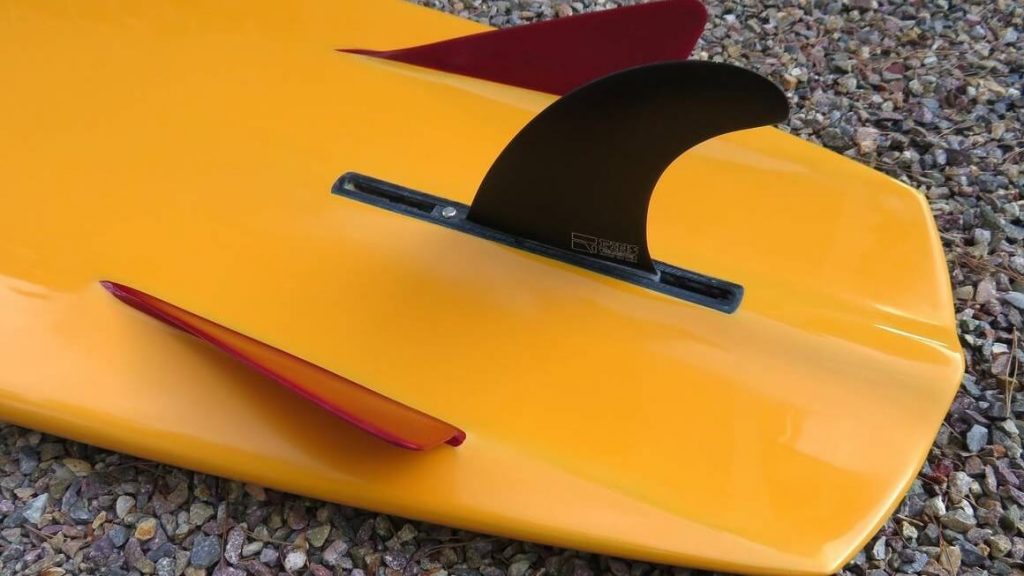 Greetings, Shredderz! I am extremely excited to be writing this entry from my first new computer in almost eight years (!!!). New toys or not, here at Shred Sledz we’re gonna keep doing what we’ve always done — which means digging through tons of Craigslist entries to share rad vintage boards with you all. For today’s entry in the Weekend Grab Bag series — as always, every board featured below is for sale as of publishing time — we’ve got some good stuff. In fact, there are so many cool boards up for grabs this weekend it was hard to make cuts. Anyway, keep scrolling for some selections, including a trippy Bonzer-inspired Unity kneeboard, a classic Russell Surfboards Seventies single fin, and more goodies.

Now this is one cool looking stick! At first I thought the board was all original, but it turns out it has been restored. I’d like to know who fixed this thing up because it looks like they did a phenomenal job. The fin setup and tail concave all scream Campbell Brothers Bonzer, but I don’t know of any links between the Campbells and Unity Surfboards. If I had to guess, this shape might have been inspired by Malcolm & Duncan, and nothing more. This is a beautiful, funky little board and I’d love to see someone surf it.

Of all the secrets and mysteries in this world, there’s one that bothers me more than the rest: who is the eBay seller known as Cashjack? Every once in a while señor Jack emerges from the shadows and unloads some heat on eBay. No fuss, no muss, just great photos of very cool surfboards. This is a gorgeous Surfboard Shaping Co single fin, likely shaped by Harold “Iggy” Ige. Cashjack has a few other scorchers up on eBay right now, including a beautiful Eighties Schroff twin fin.

I actually wrote up this board a few months ago. You can find the original post here. Bird of Bird’s Surf Shed, who is an authority on all things surfboard related, has talked before about how Russell surfboards from the Seventies all had amazing glass jobs. I haven’t seen the board in person but from all appearances it upholds Russell’s reputation for quality. I love the board’s outline and the deep blue resin tint on the deck. Best of all, the seller is asking $250.