A Tribute to Mike Eaton 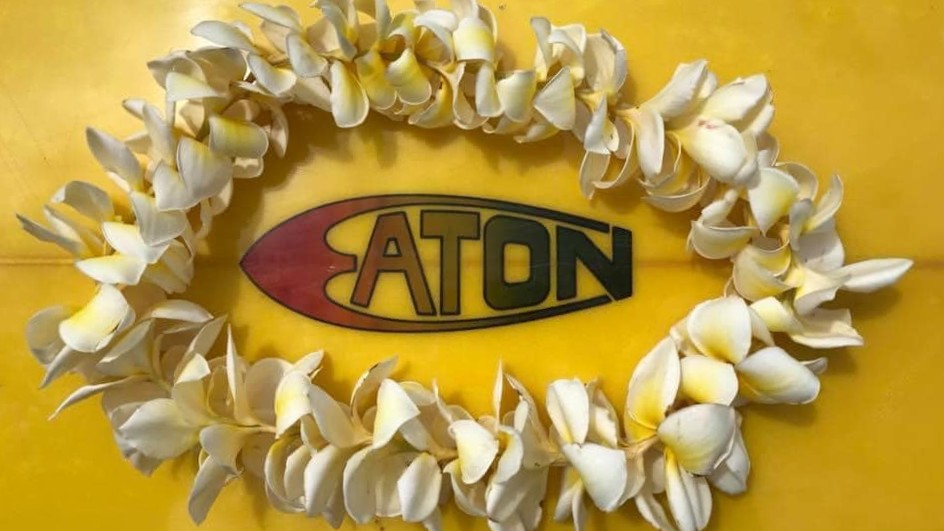 Greeting, Shredderz! I never had the good fortune of meeting Mike Eaton before his passing, and sadly I have yet to ride one of his surfboards. Nonetheless, it was impossible to miss the outpouring of remembrances to Eaton after his recent death. See below for some photos from Eaton’s long and fruitful career.

Eaton was instrumental to the development of the Campbell Brothers’ famous Bonzer design. Eaton was the head shaper at Bing Surfboards when Bing licensed the Bonzer for mass production in 1973. Eaton continued to shape Bonzers and iterate on the design.

I’m told the Eaton Surfboards brochure pictured above dates back to the mid 80s. The lengths on the stock boards range between 7’3″ and 9’6″, with either single fin or Bonzer fin setups. I imagine this was unusual for the time, during which Simon Anderson’s thruster was becoming the de facto high performance surfboard, and longboards were nowhere to be found in the mainstream surf media. The UEO Model, described as a “versatile and forgiving Bonzer”, looks similar to the eggs and mid-lengths that are popular today.

Eaton also had some designs that branched off from the Campbell Brothers Bonzer tree altogether. Check out Eaton’s Zinger, a quad fin take on the Bonzer (though I have read that it’s more of a twin and/or twinzer design than a true quad fin). Note: there is a Swaylocks thread that suggests the Zinger was actually invented by Ace Elliott, who shaped under the Eaton label, but I can’t verify this one way or another.

Eaton also experimented with shorter center fins on his Bonzers. I’ve seen them in a variety of lengths and outlines. Sadly, I haven’t found an explanation of the principles behind the design. Later on his career, Eaton also spent time making paddleboards.

There are many people who know far more than I do about Mike Eaton and his career. Nonetheless, I think it’s important to try and collect all this information and preserve it somewhere, given Eaton’s decades-long career and his influence on surfboard shaping.