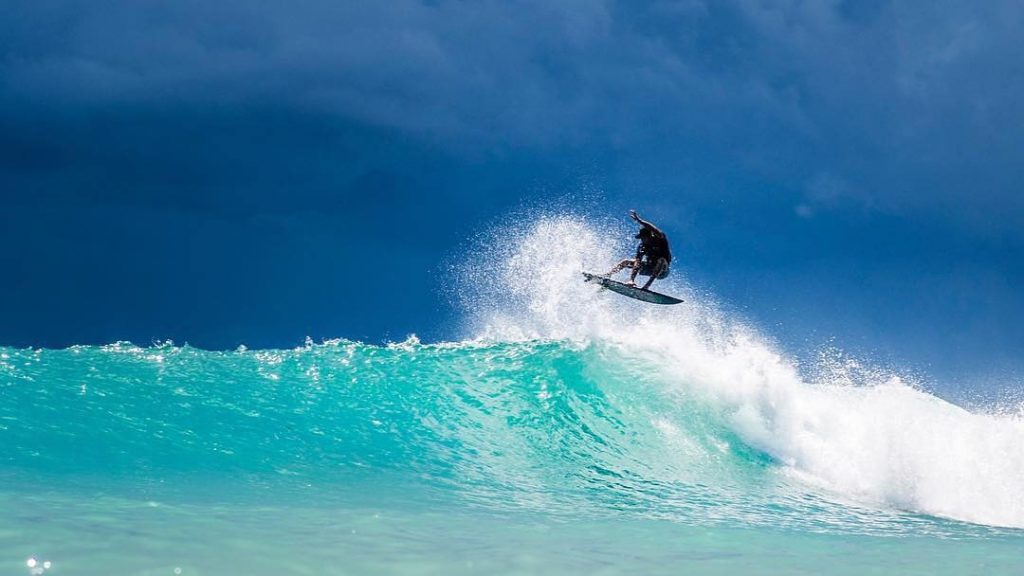 By all accounts Josh Kerr lives a charmed life. After a solid run competing at the sport’s highest level, he has since moved on to traveling the world with his family in tow, selling beer companies, and setting up shop in the Mentawais for months on end. Perhaps worst of all, Kerr comes off as a very likable and down to earth, too.

Post competitive career, Kerr has been famously experimenting with a variety of alternative shapes courtesy of San Clemente-based Album Surf. A few summers ago Kerr made noise by riding a 5’4″ Album board in some pumping Indo surf. Pro surfing is an easy target these days, but I still find it fascinating that Kerr’s post-world tour career has been way more exciting than when he was competing against the best surfers on the planet.

Kerr and Album just released “Sway”, a new edit directed by Matt Kleiner. “Sway” has Kerr mixing it up on a variety of twin fins, ranging from 5’3″ to 5’11”. His surfing is as loose and radical as ever. True to form, Kerr doesn’t just ride these boards in average waves. Some of the best moments in “Sway” see Kerr threading some plus-size Indian Ocean tubes on smaller boards. You can watch the whole edit above.

Photo at the top of the page via Album Surf