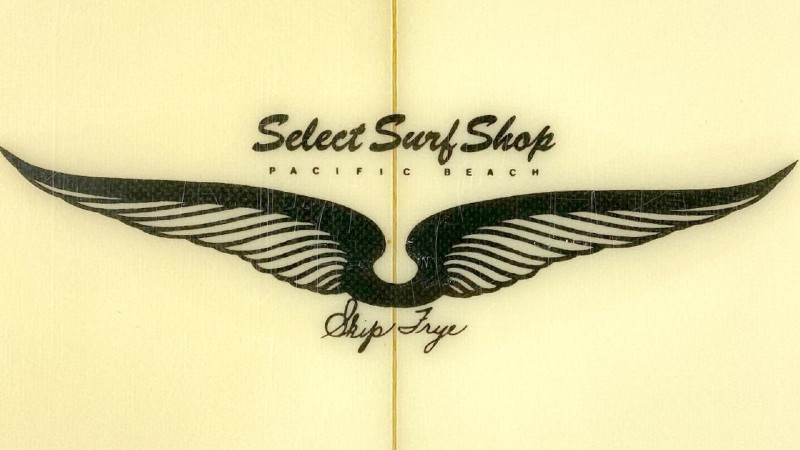 Greetings, Shredderz! It’s that time of year again: Scott Bass’ California Gold Vintage Surf Auction is back for 2021 with a fresh batch of collectible surfboards. Bidding closes this Friday, and you can check out all the lots here.

The auction more or less contains what you’d expect. Classic 60s longboards still seem to command the highest prices, with standout 70s boards (your Gerry Lopez Lightning Bolts, etc.) not too far behind. Personally, I’m not crazy about many 60s longboards, and I tend to prefer all original boards, and the auction is heavy on both. This isn’t to pass judgment on either category: the Bing David Nuuhiwa Lightweight is killer, and Randy Rarick, whose restoration work can be found throughout the auction, plays a critical role in keeping surfboard history alive. Maybe it’s because I don’t have five figures to spend on a surfboard, but whatever the reason, I’m probably not the target audience for many of the boards. I’m definitely not above a little window shopping, though, and more power to you if you’ve got the cash to add a grail to your collection.

Anyway, given that my tastes probably stray a bit from the boards that are likely to be the most popular or command the highest prices, here are some of my favorites. These aren’t necessarily the coolest boards, just the ones I happened to like best.

Ah, the one that got away! No one wants to hear about someone else’s Craigslist near misses, but whatever, I’ll subject you to it anyway. This board was originally listed on Craigslist in Santa Cruz for a measly $1K a few years ago. I passed because I was unemployed, and I’m still kicking myself about it. See here for an early blog post featuring the same stick from a few years back. Anyway, it’s a killer board, and you don’t see many 70s Skip single fins, much less ones with the Select Surf Shop logo. I never quite knew how to describe the tail on this thing, which is described as a Christmas tree tail in the listing.

The bidding for this Greenough is already up to an eye-popping $15K. Greenough is one of the most influential surfer / shapers in surf history, and yet it’s difficult to find real deal examples of his boards. The listing includes a photo of Greenough posing alongside what appears to be the same board. Based on this, I would be shocked if the board weren’t a legit Greenough. Still, I would like a little more context on the provenance. Greenough is famously reclusive, so I highly doubt he’d be available to confirm the facts. But is this board being considered a Greenough based solely off the photo, or were other experts consulted? Questions aside, the board is a fascinating glimpse at Greenough’s influence. Forty years later Greenough’s edge boards are all the rage, thanks to shapers like Marc Andreini, Scott Anderson (RIP) and Ellis Ericson, and it’s cool to have a reference.

I’m on record as being a huge fan of Tom Morey, especially his pioneering work with Morey-Pope Surfboards back in the late 60s, whether it was the insane advertising or the groundbreaking boards (John Peck’s Penetrator, the McTavish Tracker, etc.) Bob Cooper designed the Blue Machine for Morey-Pope Surfboards, and it’s one of the few vintage boards with an off-set fin. As far as I know, the Green Machine is the same board as the Blue Machine, but with different colors. I love the psychedelic Slipcheck pattern on the deck. For another stunning Slipcheck board, check out this head spinning McTavish Tracker. The Green Machine is all original and it appears to be in phenomenal shape, down to the fin.

I am fascinated with the entire Russell Surfboards / Brotherhood crew, including Bruce Jones. I was surprised to see that I hadn’t in fact written up many of his boards here on the blog, although I’ve posted a few on Instagram. For more about Jones, see this short bio. Brock Jones, Bruce’s son, continues to shape under the label today. I’m curious to see what kind of price this board commands, given that Jones is a well known and highly regarded shaper, but not necessarily as famous as some of the other names in the auction. For what it’s worth, Shawn Stussy — a Jones protege himself — puts Jones’ chambered balsa boards on the same level as Mike Diffenderfer’s shapes, which is high praise indeed.

Check out all the auction lots here.