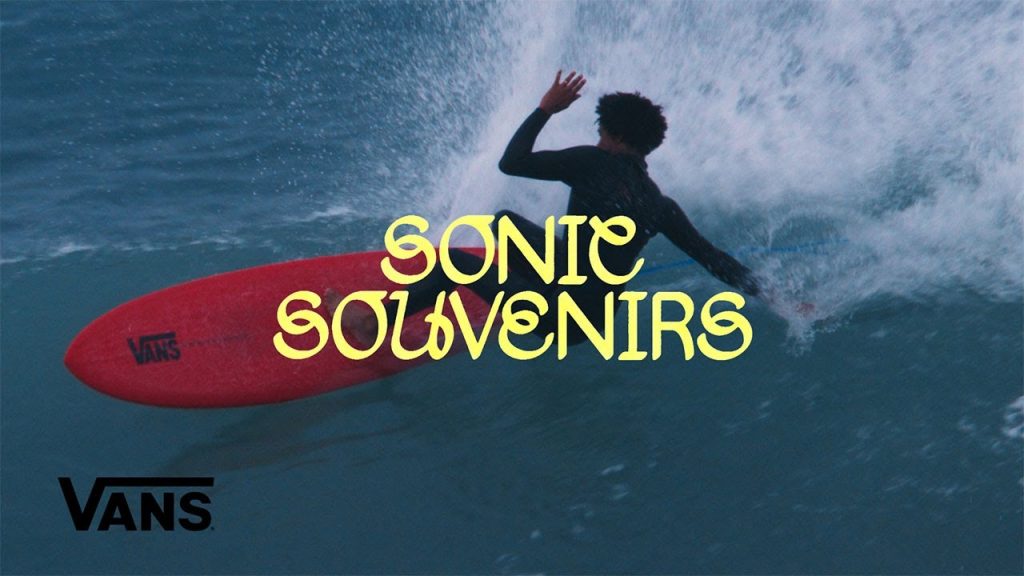 Greetings, Shredderz! Vans recently premiered “Sonic Souvenirs”, a wonderful edit directed by Kai Neville and featuring the singular surfing of South Africa’s Mikey February. For starters, February is an incredible surfer. His lanky frame and natural grace lend themselves well to the act of riding waves. It’s mesmerizing watching him surf fast rights; effortlessly gathering speed with a few well-timed pumps, and then cashing in his chips with smooth yet radical turns. February rides some interesting equipment, too. According to Devon Howard — who knows a thing or two about stylish surfing himself — February surfs a new Channel Islands twin pin model and the CI Mid. It looks like February has started shaping some boards as well. Hopefully we hear and see more about those efforts soon.

The South African has also begun to forge a reputation as a tastemaker. Nu Rhythmo, an earlier February edit, gave us some glimpses of his fondness for unorthodox soundtracks, great art direction and searing surfing in empty African lineups. As the name suggests, “Sonic Souvenirs” delivers on the music front. It’s a refreshing departure from the loud yet dull monotony of most modern surf edits, and might send you down a Spotify rabbit hole once you’ve finished watching. “Souvenirs”, like so many other memorable surf films before it, captures the thrill of exploration, whether it’s unfamiliar places like Gambia, or surfing perfect J Bay in the driving rain.

Check out “Sonic Souvenirs” in full — it’s one of the standout edits of the year.