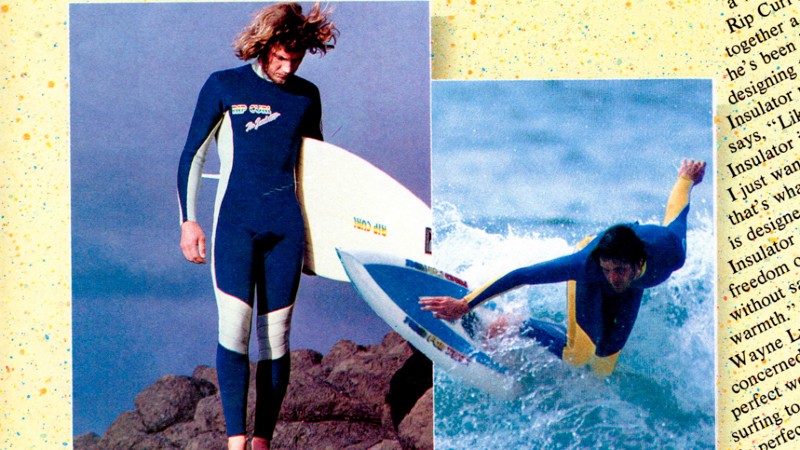 I featured an earlier Rip Curl ad with Wayne Lynch from 1983, which has an almost identical layout to the one you see above. This time around, Lynch is hawking Rip Curl’s Insulator range. Judging from the copy, Lynch isn’t too thrilled to be slinging wetsuits: “Like me, the Insulator is pretty basic, I just want to go surfing, and that’s what the Insulator is designed for.” That said, I like the fact Lynch can’t be bothered to give good quotes about moving product, and his longtime association with Rip Curl is one of my all time favorite surfer / brand pairings. I happen to think the wetsuit looks stylish, too.

Thanks for reading and we’ll see you in a week with more Sagas of Shred!