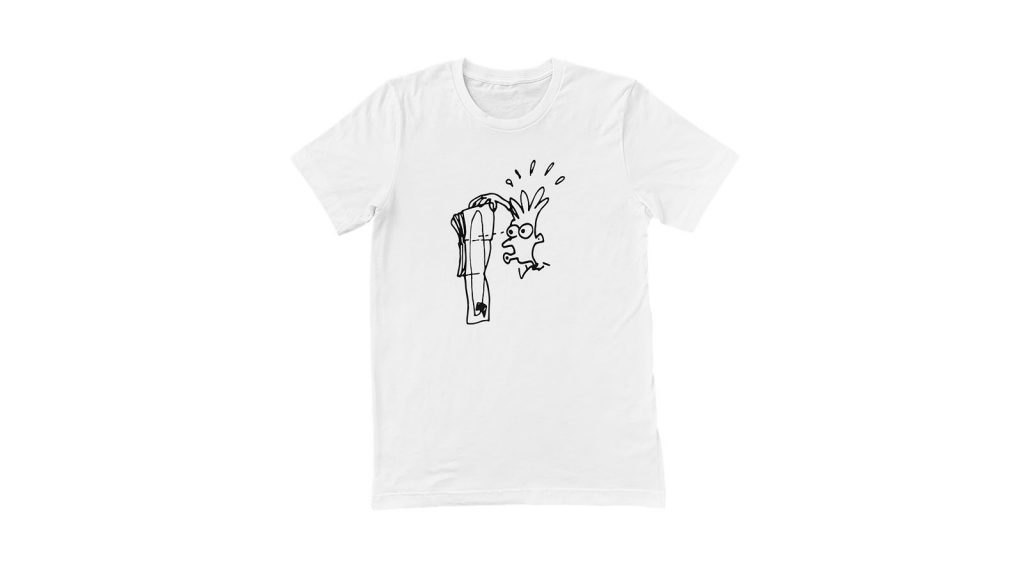 Greetings, Shredderz! Today we’ve got a special announcement: the world premiere of the first ever piece of Shred Sledz merch! To purchase the shirt check out the Shred Sledz Shop here (and there’s also a snazzy new Shop link at the top right of the page).

The Centerfold Tee is a design by JP St Pierre of Surfy Surfy fame. It’s safe to say that without the Surfy Surfy blog, Shred Sledz probably wouldn’t exist. I was initially drawn to the Surfy Surfy blog because it served up some serious surfboard nerd content while remaining funny and lighthearted. (JP’s email signature still says he’s the “CEO / Janitor” of Surfy Surfy, which is a joke I have shamelessly stolen a million times.) I first saw this sketch when JP posted it on Instagram, and it still makes me laugh just about every time I look at it.

Thanks to JP for his blessing to turn his artwork into a t-shirt. I’ve printed up a very limited run and right now there’s free shipping, so head on over to the Shred Sledz Shop if you’d like to purchase one. And last but certainly not least, Surfy Surfy has a great line of their own products, which can be found on their site here.