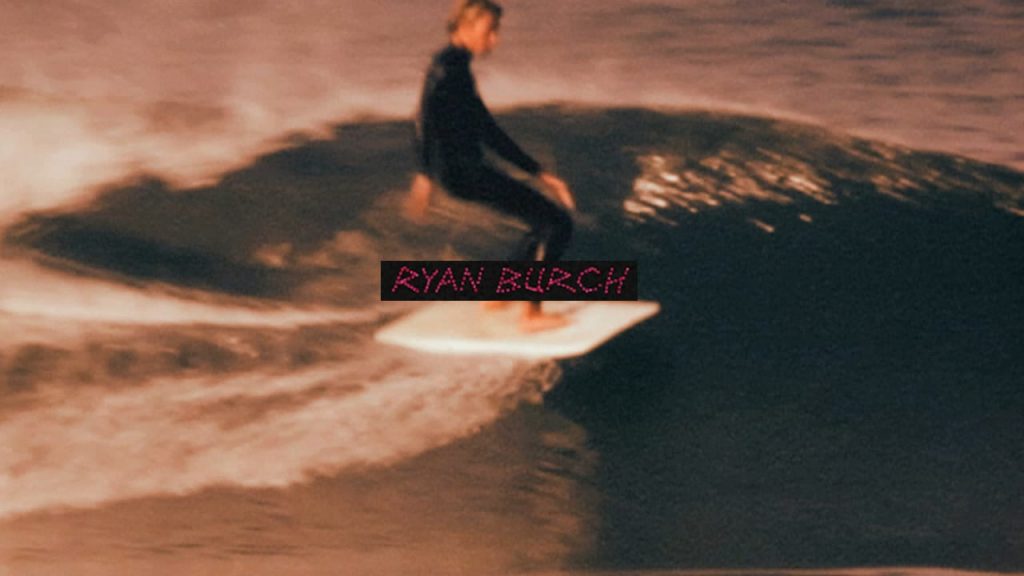 One could argue that there has never been a better time to be a fan of surfing. There is a limitless supply of surf content flowing through platforms like YouTube and Instagram. This is the future we dreamed of when the only portal into the world of surfing was the monthly delivery of a single printed magazine. And yet one can’t help but wonder if the price of having all this dopamine available on demand is that surf media has lost a little bit of its soul. The comparison between surf movies and porn isn’t new, but it’s accurate. There’s something artificial — desensitizing, even — about the endless procession of highlight reels that march across our social media feeds at all hours of the day. I’m not complaining, but there are times when I wonder if we’ve gone too far in tailoring surf media to our smartphones and the unseen, all powerful algorithms that dictate our consumption habits.

Filmmaker Ryan Thomas‘ latest effort, “Temporal Collections (Sometime Between Somewhere and Something Else)”, can be read as a full-throated defense of the feature length surf film. It’s a reminder that for all the positive qualities about the shorter surf clips , there’s something special and essential about a surf movie that delivers what it set out to achieve. It costs $25 to purchase on Vimeo. Here’s the link. It’s worth it. Buy it and feel free to thank me later.

You may know Thomas from films like “Psychic Migrations”, which I place right behind John John Florence and co’s “A View from a Blue Moon” as the best surf films from the last decade. Thomas and his cohort of collaborators have been advertising “Temporal Collections” as “1 hour 41 minutes of zero aerials and full on nature reverence”, and what the tagline lacks in brevity it makes up for in accuracy.

Thomas brings together an all star band from the world of alternative surf craft: Ryan Burch, Richard Kenvin, Tyler Warren, Trevor Gordon, Derek Hynd et al. Personally, I don’t think we’ll ever get enough Ryan Burch footage, and I’m happy to report that the San Diego surfer / shaper is heavily featured throughout, including some standout sessions in meaty G Land lefts that laid the groundwork for his searing segment in “Psychic Migrations.” (Curiously, all of the footage in “Collections” is from about ten years ago, but as far as I can tell the movie is new.) “Temporal Collections” features a wide range of shapers, and there are very helpful credits that give detailed info about each and every surfboard ridden during the film. There is a special emphasis on the incredibly deep talent pool of San Diego shapers past and present, ranging from Burch’s Carl Ekstrom-inspired asymmetrical boards, to a Rich Pavel twin fin keel fish based off Steve Lis’ groundbreaking design, to Richard Kenvin’s modern interpretations of Bob Simmons’ planing hulls by way of Joe Baugess. If you like to nerd out on surfboards — we haven’t even gotten to the footage of Burch surfing a Liddle! — this is the flick for you.

“Temporal Collections” is also a testament to Thomas’ filmmaking talent. I watch my fair share of pro surfer vlogs on YouTube, but they aren’t exactly destined to be part of a future film school curriculum. “Collections” is a cohesive film filled with great surfing, yes, but it also has a distinctive aesthetic. The visual style is original and weird and striking, and perfectly matched by ambient tunes. I love that the movie captures the entirety of the surfing experience, thanks to an abundance of nature shots and little in between moments like watching someone paddle out or get denied by a closeout section, or take a leisurely belly ride in to the beach. Overall “Collections” feels contemplative and unhurried, not unlike the feeling after a particularly satisfying surf session.

Last but not least, I enjoy supporting independent filmmakers and artists who are doing interesting things in the realm of surf media. I wouldn’t say “Collections” set me on fire the way “A View from a Blue Moon” did, but it’s a movie I find myself thinking about days after I watched it, which for me is a useful barometer for measuring the quality of something. I also want to live in a world where people are encouraged and rewarded for putting years of effort into creating unique pieces of art inspired by the sport that we all love.

“Temporal Collections” is available for purchase on Vimeo here.