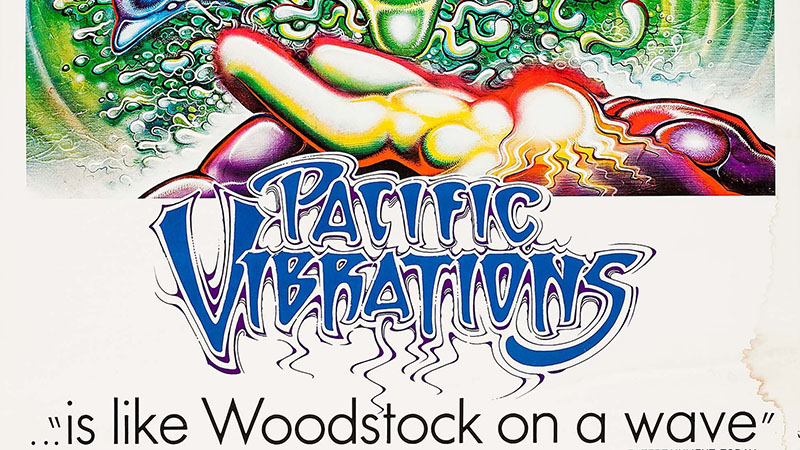 Greetings, Shredderz! As some of you may know, this humble blog’s Sagas of Shred series features a different vintage surf advertisement every week. I’m not sure if movie posters are technically considered ads, but hey, if I’m not going to get paid for this blog, I guess creative autonomy isn’t a terrible consolation prize.

“Pacific Vibrations” is directed by the late, great John Severson and it was originally released in 1970. The artwork is by famed artist Rick Griffin. I’m more accustomed to seeing the black version of this poster, but I’m not sure which one is considered original. Either way, Griffin’s artwork is as stunning and original as ever. I found this image via the Heritage Auctions site.

Thanks for reading and we’ll see you in another seven days with some more vintage surf advertisements.