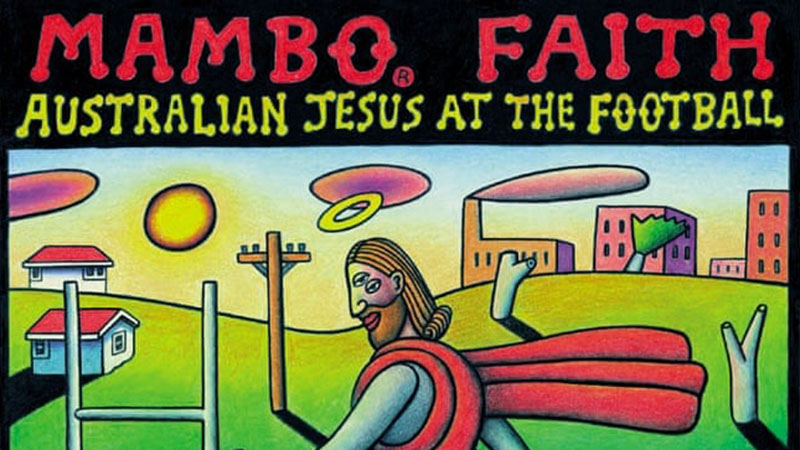 Greetings, Shredderz! As some of you might have noticed, this blog mostly covers American surfboards, shapers and brands. I am American, after all, but I also love Aussie surf culture.

I recently stumbled across Reg Mombassa’s artwork for Aussie surf brand Mambo. I am vaguely aware of Mambo’s status as a cult label, but to be honest, growing up in the US I didn’t encounter Mambo all that much, and even now, whatever I know about the brand is second hand knowledge. That said, one doesn’t need to have grown up in Australia to recognize Mambo’s incredible graphics. In particular I found myself blown away by the artwork of Reg Mombassa, AKA Christopher O’Dougherty. Thanks to Baron Von Weirdo, whose posts about Mombassa on Instagram piqued my interest.

Mombassa’s artwork is distinctive and hilarious. According to Wikipedia, Mombassa also paints landscapes, and his works are sought after by serious collectors. For some context, a collection of Mambo artwork, including many Mombassa pieces, was recently listed for a cool $33,000 AUD. The ad above, which is dated to 1996, cracks me up with its pies and beer spin on the famous loaves and fishes story from the Bible. I’m personally not a religious man but if there’s anyone who might be able to get me to change my mind, it’s Australian Jesus.

Thanks again and we’ll be back next week with more Sagas of Shred!