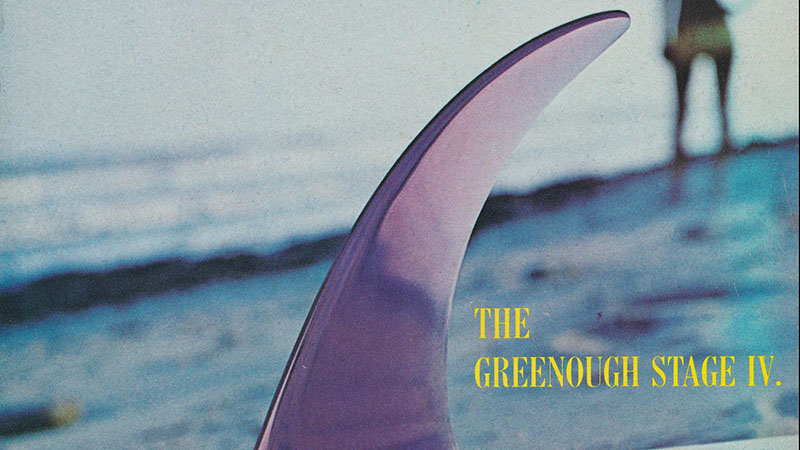 Greetings, Shredderz! If you haven’t yet checked out the incredible archive of vintage surf fin ads available over at The Finbox, you really should. Earlier in this week I wrote up a trio of Sky Surfboards twin fin kneeboards that were based off the tri plane hull design developed by George Greenough, Chris Brock and Michael Cundith. There’s no such thing as too much Greenough, so enjoy this W.A.V.E. Set ad from 1969, which I found on The Finbox site.

One interesting tidbit from the ad is the fact that it claims Greenough and W.A.V.E. were collaborating on fins back in 1966. As far as I know, W.A.V.E. Set fin boxes didn’t come out until 1968 or 1969, so I’m not quite sure what these early Greenough / W.A.V.E. fins would have looked like. The copy on the ad makes a big deal about the flex characteristics on the Greenough fin, which I believe are a big part of its enduring appeal. That said, one thing I’ve consistently heard about these W.A.V.E. fins is that they are very fragile, contrary to the ad’s breathless description of “rigid Waveglas” (did anyone do pseudo-scientific marketing lingo better than Tom Morey?) Anyway, there have been few surfing designs with the staying power as Greenough’s fin designs, and it’s fascinating to see these ads from its early days. Here’s another W.A.V.E. / Greenough Stage IV ad, also via The Finbox, and here’s another example that shows the evolution of the various stages of Morey’s W.A.V.E. Set offerings.