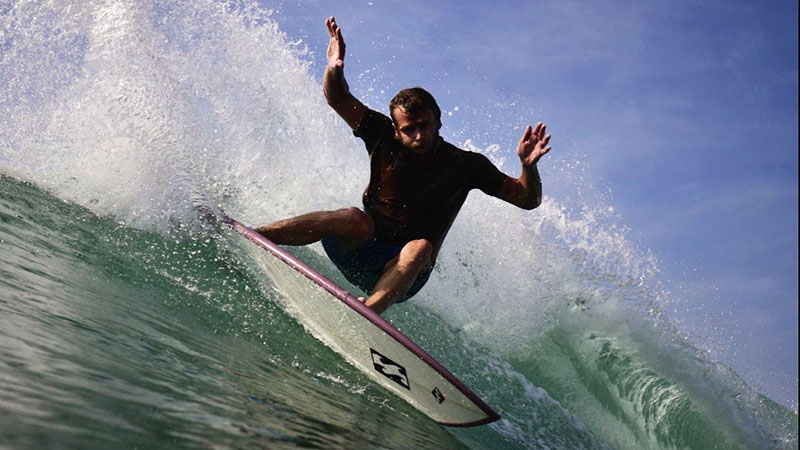 Greetings, Shredderz! Per the usual, keep scrolling for some recent social media highlights.

Here’s a rad mini edit of Tyler Warren surfing a 5’4″ twin fin shaped by Shawn Stussy. The edit was shot by Isaac Zoller. Warren is a talented surfer and shaper and it’s cool to see whose boards he chooses to ride when he’s not testing out his own shapes.

In case you missed it, I recently wrote up two Chris Brock Sky Surfboards twin fin kneeboards with tri plane hull bottoms. You can check out that post here. Here’s photographer Don Balch posing alongside a Michael Cundith shaped tri plane hull twin fin (Cundith, Brock and Greenough developed the tri plane hull together), which Balch later brought to Al Merrick. Merrick eventually started shaping tri plane hulls of his own and the rest is history.

Here are some goodies for those of you with a fetish for pulling tape. First off we have airbrusher extraordinaire Mark Townsend, unveiling a recent piece of artwork. The second photo shows Peter St Pierre and Tyler Hatzikian with an absolutely mind blowing board. And if you look closely you’ll notice Peter, on the left, is rocking the Surfy Surfy x Shred Sledz Centerfold Tee, available in the store!

Last but not least here’s a beautiful photo. The ocean is just amazing, isn’t it?