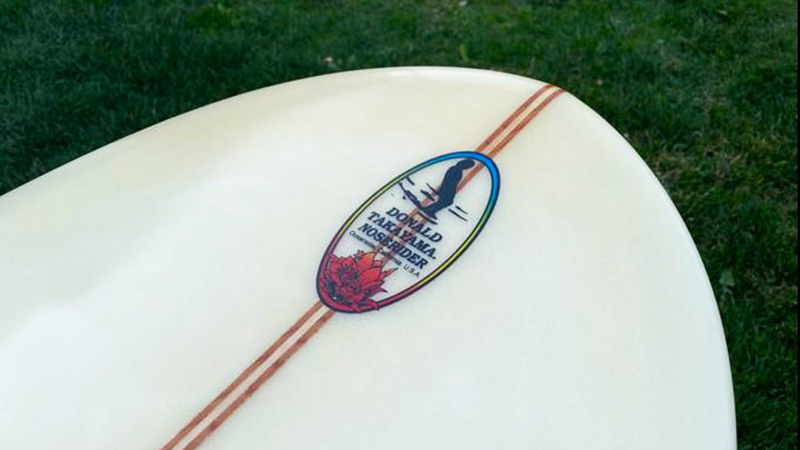 Greetings, Shredderz! Longtime readers may know that every now and then I’ll write a Weekend Grab Bag, which features a handful of boards that are on sale as of publishing time. While I like the fact the Grab Bag directs people to boards that can be bought right then and there, it does put some restrictions on what I can write up. It’s unfortunate because a lot of cool boards come and go quickly, and while they don’t all necessarily deserve their own posts, a lot of them could use some more shine. Anyway, think of this blog post as an Anti Grab Bag, if you will — a selection of recent sticks that were listed on Craigslist, but most of which got snapped up and have since disappeared from the internet. Even now I’m amazed at how Craigslist is still one of the best sources for great surfboard pics, provided you’re quick enough. Keep scrolling for more.

This is a beautiful stick, sure, but what really has me intrigued is the backstory. Note: I can’t confirm any of the details that were provided in the Craigslist post but I’m including them here for two reasons. First, I think there’s a decent change they’re true; and if not, there’s some interesting angles. According to the seller, this board was shaped back in the 70s. I don’t know of any reliable way to date Lance’s boards, other than subtle differences in the stringers on the 60s Jacobs Lance Carson Models, which I covered in this post. From what I’ve been told, blanks longer than 9′ were in short supply during the 70s, which is why you see a lot of sub 9′ boards with longboard-like templates from that era. The seller also claims this board was glassed by none other than hull maestro Greg Liddle. This makes sense, given that the two shapers refined their shapes at Malibu, but this was the first I had heard of the connection between the two. Surfing Heritage has an example of a classic Liddle hull that was ridden by Carson. Anyway, no matter what the back story ends up being, this is a cool board and I think it’s worth preserving for posterity’s sake.

I’m a sucker for these vintage kneeboards, which are closely related to the twin fin fish that we all know and love today. I have to assume that Gordon & Smith hopped on the fish / kneeboard band wagon after seeing Steve Lis and co put the design through its paces. I remain fascinated by how exactly the fish design migrated from Sunset Cliffs (and I’m told the “Fish” documentary does an excellent job of explaining this.) It’s not uncommon for me to see these G&S kneeboards pop up online, and they look so cool. I love the colors. You’ll see the wings pushed really far towards the tail on a bunch of these older kneeboards; at some point I’m guessing that outline went out of style, as it’s not really found on many modern shapes as far as I can tell.

Last but not least we’ve got a classic Donald Takayama DT-II. This one is signed in pencil. It measures in at 9′ 1/2″. I’ve seen this odd length on more than a few Takayamas from around the same time period but that’s all I know. I love the black and red fade on the resin pinline on the bottom, too. Clean and classic all around. On the opposite end of the spectrum, here’s a Takayama with a gorgeous fabric inlay that I wrote up recently.