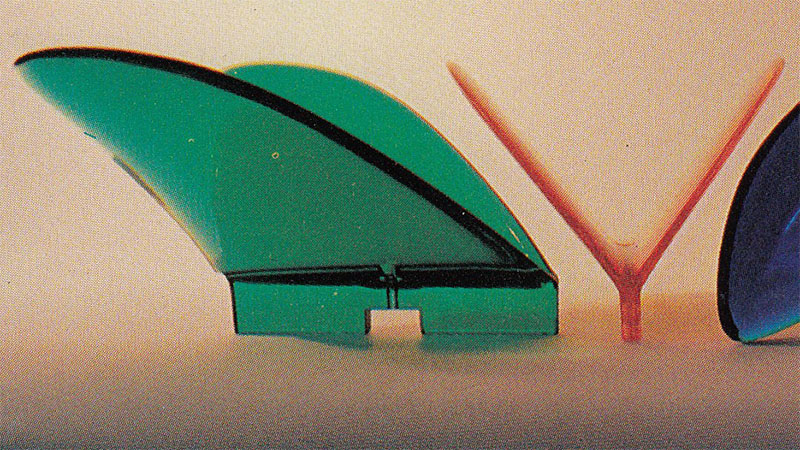 Greetings, Shredderz! For those of you who don’t know, every Thursday evening I post a vintage surf advertisement as part of the Sagas of Shred series. More times than not I end up posting things that make me smile or capture some element of surf nostalgia.

Over the years at Shred Sledz, though, I’ve also posted more than my fair share of fin advertisements. A few months back I started paying more attention to my fins, and I was (and still am) blown away at how much of a difference a new fin can make.

Fins Unlimited’s Butterfly Fin design is definitely one of the more striking fin designs in surf history. The ad you see here originally ran in the July 1980 issue of Surfer Magazine. You don’t see anybody riding boards with butterfly fins these days. That said, I’d love to learn more about the scientific theory behind the butterfly fin, and whether there’s some sound reasoning, or it’s more of a gimmick than anything else. I still find myself a bit frustrated by the lack of scientific explanations for surfboard design and performance. Sure, we’ve all heard of the Venturi principle and seen people explain how different designs move water in different ways, but outside of some simulations Firewire has performed on their boards, I haven’t seen much in the way of quantifiable proof of these principles. Maybe that’s just not important — I mean, the trial and error of surfboard performance is the whole point, right? — but I’d love to see more rigorous explanations for why certain boards work better than others.

Anyway, these days there’s no shortage of people talking about subjects they’re not qualified to discuss, so I’ll stop there. The performance aspects of the butterfly fin shall remain a mystery for now.

Thanks for reading and we’ll be back with more Sagas of Shred in another seven days.