Getting Soft: Retro Soft Tops from 1980 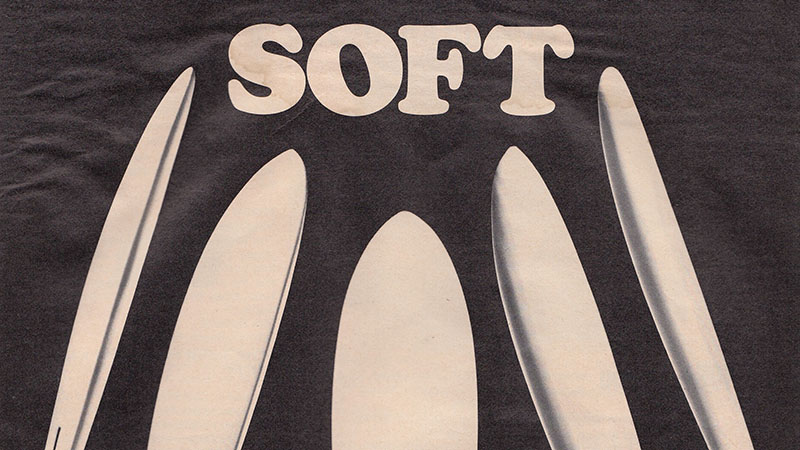 Greetings, Shredderz! If there’s one thing you can count on in surfboard design, it’s the revitalization of old ideas. Pictured below is a Mason & Smith soft top surfboards ad that originally ran in the February 1980 issue of Surfer Magazine (Vol 21, No 2). It’s amazing to think that this ad, which is over 40 years old, has so much in common with what’s happening on the forefront of surfboard design today.

Whether it’s the signature lines of top name pros like John John Florence or Mick Fanning, or the enduring popularity of Costco’s Wavestorm line (which now boasts Gerry Lopez’s co-sign), soft tops are everywhere. There are brands like Catch Surf, which has partnered with folks like …Lost’s Matt Biolos and Pipeline charger Jamie O’Brien, and figures like Ben Gravy, who uses his perch as a popular surf YouTuber to hawk a line of signature soft tops and accessories. I’m also intrigued by companies like Crime. John Schlesinger, one of Crime’s co-founders, previously worked for Catch Surf, and his new label specializes in the kinds of so-called alternative boards — long fish, gliders, stubbies, etc. — that you likely think of as the bread and butter of hand shapers who eschew mass production techniques.

Speaking of which, the plan shapes in the Mason & Smith ad are still relevant. The outlines all look fun to ride, and they also look a lot like the boards that are popular today. I’m also tantalized by the mention of a Steve Lis soft top model, which I had never heard about before. If anyone has a Mason & Smith Steve Lis soft top model or has pics of one, get in touch.

Seeing this ad in the context of soft tops’ newfound popularity also makes me appreciate that people are more open minded about surfboard design and construction than ever. Soft tops are still largely seen as being for kooks, though the stigma seems to be fading. Sure, Shred Sledz mostly focuses on vintage and hand shaped surfboards, but I think all the experimentation with various designs, materials and processes should be welcome, too. To be more blunt, I don’t get the outrage over Firewire and similar boards. I think it’s important to support local and independent board builders, which I do (as if I need to be convinced to buy more surfboards!). I do wonder about the future of surfboard manufacturing here in California — do the math on real estate prices, and what it costs to operate a factory at least somewhat close to the water — but something tells me that continuing to support the craftsmen I respect, whether it’s buying their goods or featuring them on Shred Sledz, is more important than complaining about a random board factory in Thailand.

When it comes down to it, what I like about this Mason & Smith ad is that it shows a willingness to try new things. Soft tops were a hard sell to core surfers as recently as ten years ago, to say nothing of 1980. I love the history and tradition of surfing, but I think it’s useful to remember that history is written by people who aren’t afraid to have open minds and go against conventional wisdom, no matter how loud the criticism might be. If you build surfboards and you care about your craft, no matter where it’s made or how, and you treat people well, then I’m on board.