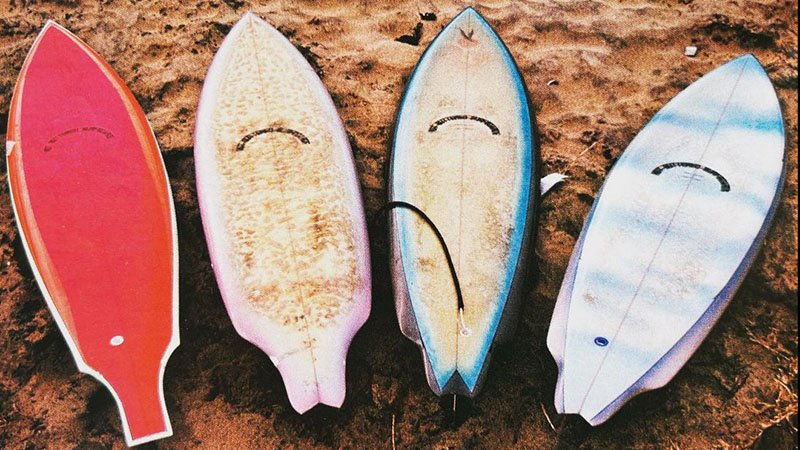 Greetings, Shredderz! Per Shred Sledz custom, here are some of my favorite social media posts from the last month or so. For this installment we’re strictly featuring content from the other side of the Pacific. I love Australia and I still dream of living there and spending time learning more about the country’s incredible surf history — and, of course, sampling its waves. In the meantime, though, here’s some Instagram selections featuring some notable Australian shapers and surfcraft.

Bob McTavish needs no introduction. He’s still doing his thing decades after his crucial role in the Transition Era. I recently wrote up a video where Mick Fanning takes delivery of a McTavish Bluebird. I loved the surfing and the concept behind the video, but I was also struck by McTavish’s enthusiasm and charisma. Here’s an original 70s Bluebird and a killer photo of McTavish with some templates.

Stephen Cooney was one of the featured surfers in Alby Falzon’s “Morning of the Earth.” He’s been featuring his photography on Instagram lately and I’ve been loving the imagery. Cooney is set to release a new book next month, titled “Unearthed”, and I’m excited to see what that ends up looking like.

Wish I knew the source of the pic above, but it’s a doozy nonetheless. Hopefully by now my love of Terry Fitzgerald’s Hot Buttered label is well documented. Ditto for the incredible Martyn Worthington airbrushes that adorn so many 70s HBs. Check out the dramatic wings on these single fins, which I guess Fitzgerald called screwdrivers.