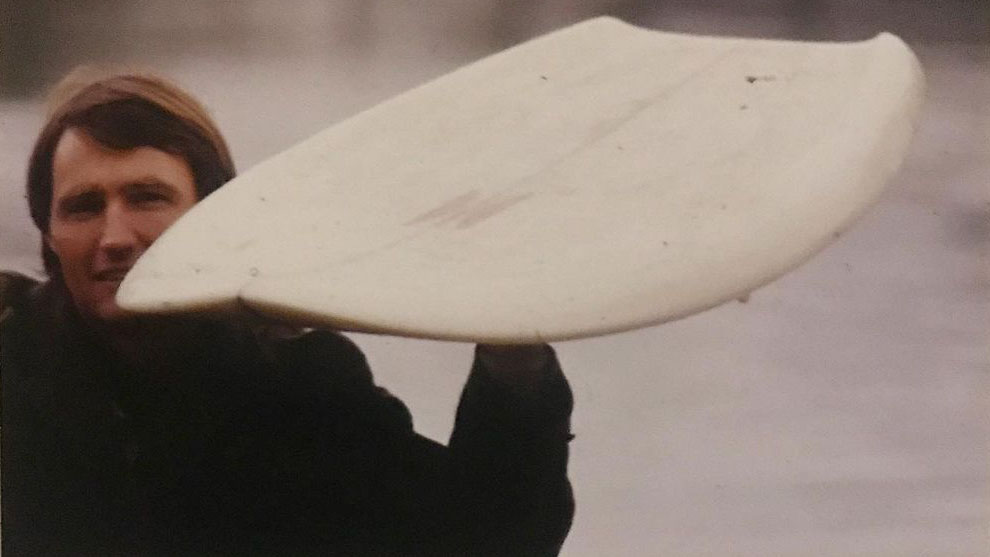 Greetings, Shredderz! Welcome to the latest installment of the Social Media Roundup. Here are some of the cooler Instagram posts from the last month or so, starting with Tom Morey and the G&S Water Skate.

Gordon & Smith consistently posts some great content on their Instagram, often delving deep into the label’s long and colorful history. Here’s some awesome back story on Tom Morey’s typically boundary pushing Water Skate design for G&S. It turns out the Water Skate and Morey’s Boogie Board share a lot of the same DNA, which was fascinating to learn. There’s also a cool picture of Skip Frye inspecting a Water Skate.

And hey, what’s the point of admiring the historical work of craftsmen if we’re not going to celebrate the people who are doing it right here and now? Angelo is a freelance glasser of Belgian origin who creates some truly beautiful work, including but not limited to this labor intensive all-resin detail on one of Ryan Lovelace’s boards.

If you want some more obscure surfboard trivia, this one is a doozy, too: turns out Carl Ekstrom’s logo is based off the handwriting from a check Andy Warhol wrote to Ekstrom when he was in California filming 1968’s “San Diego Surf”. Very cool stuff.

How sick is this shot of Larry Bertlemann, riding a classic Aipa sting in some Hawaiian juice? Photo by Dan Merkel, whose work I absolutely love. Check out the Lost and Found Collection for more Merkel, as well as a ton of awesome vintage surf shots.