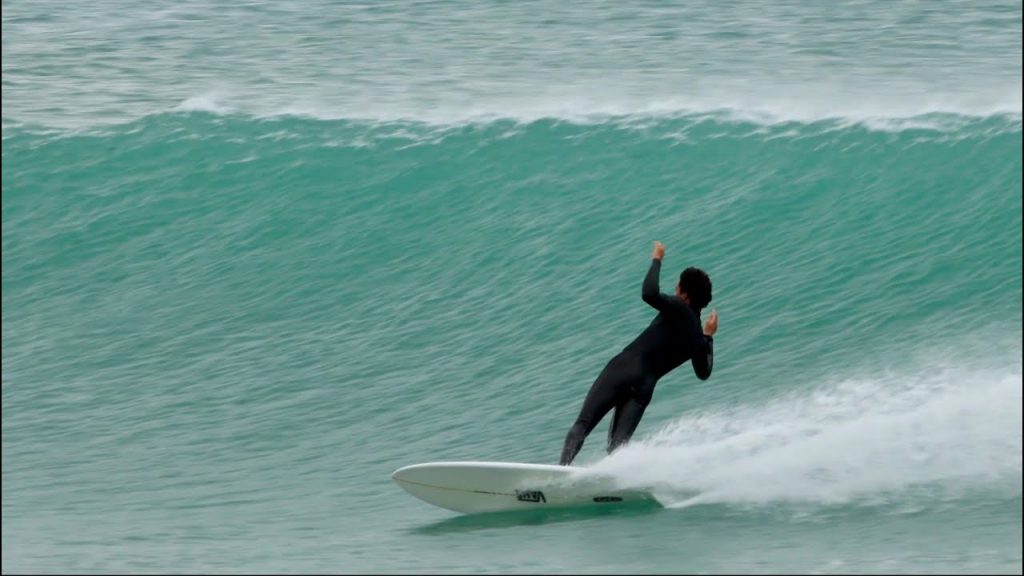 Greetings, Shredderz! It might be a New Year but absolutely nothing is changing in terms of my desire to keep shining a light on exceptional surf videos. We’ve got a handful this go round, including Mikey February and Steph Gilmore, just to name a few. Keep scrolling for the full monty.

I try not to think about things in terms of trends, but sometimes the zeitgeist gets it right. Case in point: Mikey February surfing a mid-length. Why get into an internet flame war about eggs vs mid-lengths when you can watch this instead? Of course, having February as a test pilot is an incredible luxury, even for a brand of Channel Islands’ stature, but I’m not complaining. I love a tidy surf edit, and this one clocks in at just over two minutes. That said, where’s the feature length Mikey February film? If anyone deserves one, it’s South Africa’s most stylish export.

Look, I love Noa Mizuno‘s surfing. But hopefully neither Mizuno nor the Summer St Worldwide crew will get offended when I say the pumping Moroccan points are the real star of the edit. Nature remains undefeated as the greatest show on earth.

I’ve been enjoying Stab’s accompanying video series for the Vans Triple Crown of Surfing, which delves into the world of North Shore shapers and board builders. Here’s a cool mini profile on legendary glasser Jack Reeves.

Last but not least, here’s filmmaker Jack Coleman‘s edit featuring Steph Gilmore getting her glide on south of the border.