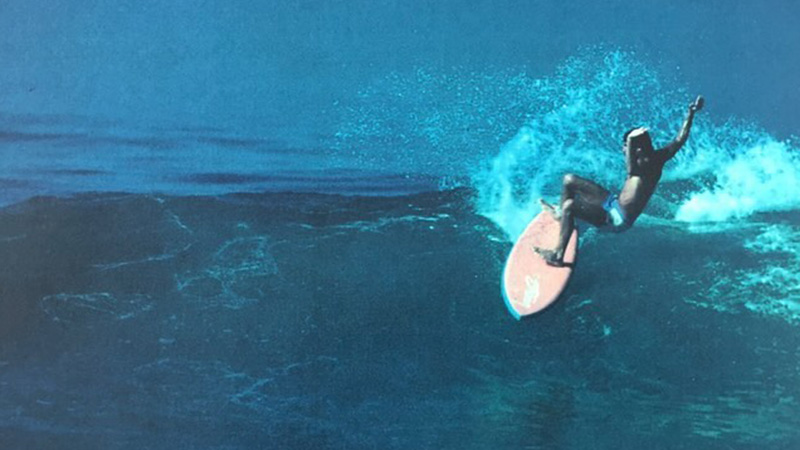 Greetings, Shredderz! One of the best parts about writing this blog is getting to hear from other people who share my passion for awesome surfboards. I’m lucky to get some killer submissions, so thank you to anyone and everyone who’s taken time to send over some pics and back story! (And I should probably spend more time apologizing to the people who I don’t get back to promptly…sorry but correspondence isn’t always my strong suit). Anyway, here’s another batch of rad pics from Shred Sledz readers covering a wide range of boards, starting with a killer Ryan Burch Squit Fish. Keep reading for more:

We’re starting things off real hot today with a custom Ryan Burch Squit Fish that comes via Alex. I’m thrilled to say that the airbrush on this bad boy was inspired by a Gordon & Smith Summer Swallow I had written up a little while back.

It’s also fascinating to trace the through lines that connect both shapes. Tom Curtiss likely did the airbrush on the G&S. Alex tells me his custom Ryan Burch Squit Fish could have been glassed at Joe Roper’s, where Curtiss still works, so who knows, maybe TC ended up doing the sprays on both boards! There are so many layers and interconnected parts when thinking about these two boards. The fish, of course, was famously created in La Jolla. G&S is one of the all time classic labels from San Diego, and Burch is regarded as a talented young shaper from the area with a deep appreciation for his predecessors and their work. The coolest part of surf history is the fact it can be reapplied and reinterpreted in the present, and that’s exactly what’s going on here with Alex’s Ryan Burch Squit Fish.

Here’s Doug Herman surfing a Stussy twin fin at Lowers in the 80s. The only thing better than writing posts about Stussy boards is running a photo of someone riding one! Photo by Peter Brouillet.

Last but not least, thanks to Chris for sending this photo of a Skip Frye from 25 years ago. Chris did the artwork on the board, too.