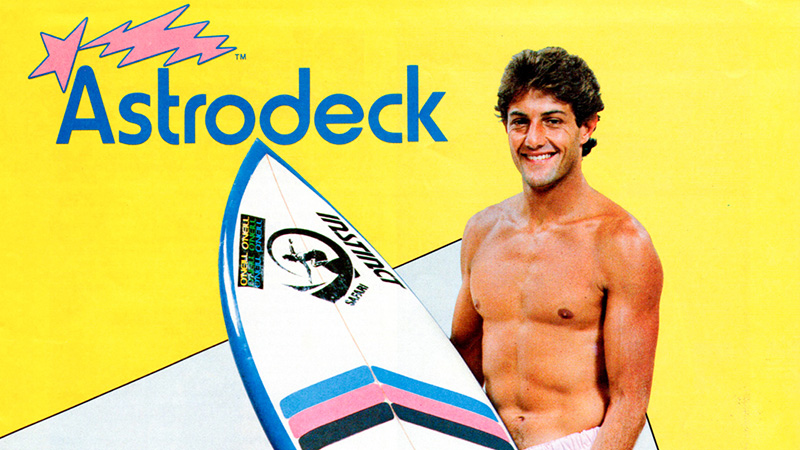 Greetings, Shredderz! Today we’ve got a young Shaun Tomson in an early Astrodeck ad. I believe the ad predates Astrodeck’s classic logo and designs. Here’s another early Astrodeck ad from 1982, featuring none other than Gerry Lopez. By comparison, here’s an Astrodeck ad from 1985, whose font and traction pads are what I picture when someone mentions the Astrodeck brand. This one is pretty straight down the fairway as far as Herbie Fletcher’s creations go, but it’s still a great pairing between an all time surfer and a storied surf accessory.