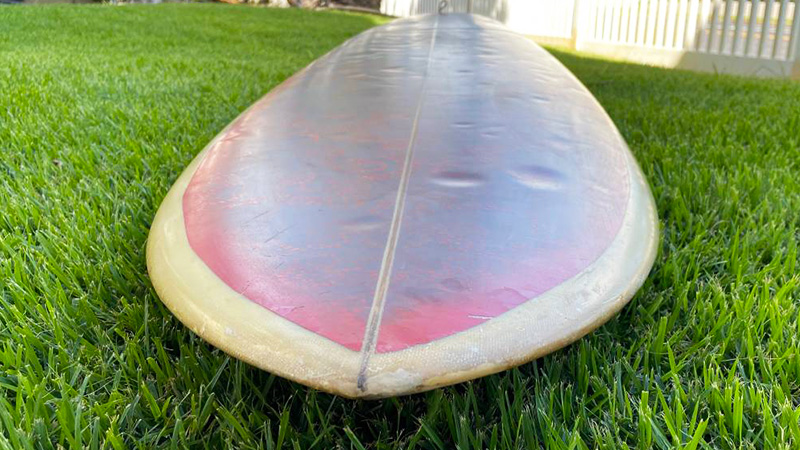 Greetings, Shredderz! There are some cool boards on Craigslist, which means we’re back with another Weekend Grab Bag. There’s no real theme to these boards, but it is Father’s Day, so who knows, maybe consider these as some last minute gifts for the rad dads in your life? Keep scrolling for some sleds that are — per Grab Bag rules and regulations — all listed for sale as of publishing time.

I love seeing old 60s logs. What makes Harbour D Fin even cooler is the fact that the owner still has the board’s original order form! The board measures 9’2″ and it was originally shaped for a woman who weighed 125 pounds, which is an interesting data point for how boards were sized for surfers when this thing was made. Apparently in 1964 the going rate for a stock Harbour board was $110. Insert your inflation joke of choice here.

I featured a trio of vintage Liddles a week ago, and lo and behold, another rad one pops up, this time in Hawaii. I’m pretty sure I spotted this one when I visited Todd Pinder’s workshop a few years back. Anyway this one is not a hull, it’s a 70s single fin measuring in at 7’3″. I guess that’s an airbrush on the deck, maybe it’s Slipcheck? I can’t say for sure, but it definitely looks cool. This one is for trade only.

Last but not least, we’ve got a cool Infinity Surfboards single fin, hot on the heels of the one I featured earlier in the week. Can’t go wrong with a two tone sting, pretty sure it’s a rule.