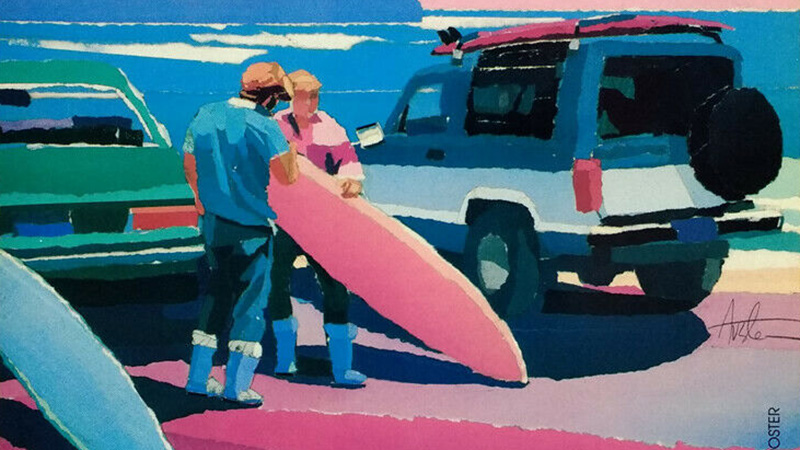 Greetings, Shredderz! The last time I featured an Ugg Boots ad, well, let’s just say it’s aesthetically very different from the one you see here. I saw this ad on eBay (I think), and I loved the artwork. But as I sat down to write about it and took a closer look, I realized the artwork was almost certainly the same artist who did a series of Chart House ads, one of which I also wrote up previously on Sagas of Shred.

Back to the art for a second: this is just a gorgeous painting. There’s an incredible amount of depth there despite its relative simplicity. I love the two figures wordlessly discussing the board. The subtle details in the painting manage to express so much. The artist is a man named Ken Auster, who later went on to become a well regarded painter. Check out his website for more examples of his work. It’s cool to contrast his output for surf brands with his later works and to see how his style evolved over time. I doubt this Ugg ad was ever in a fancy gallery, but the more I look at it, the more I dig it.