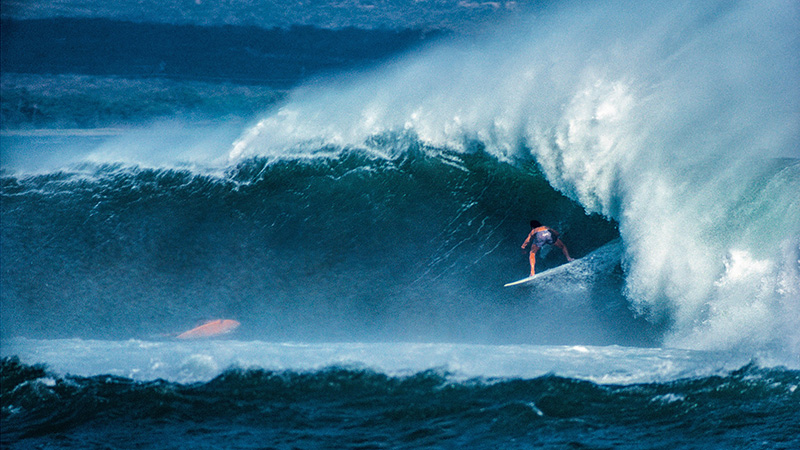 Greetings, Shredderz! Last week’s south swell in the Pacific brought famed Maui break Ma’alaea roaring back to life, and it was documented from every conceivable angle. Ma’alaea is a legendary wave that appears in various pieces of surf lore — Art Brewer’s photo of Herbie Fletcher that made the cover of Surfer Magazine, Owl Chapman styling in the slot — but up until a few days ago, I had never seen footage of the wave itself. Ma’alaea AKA Freight Trains is constantly mentioned as one of the fastest waves in the world, but of course, it is impossible to capture the speed in a still photograph, or even an evocative nickname.

A consistent theme on this blog is how surf history is a living thing, and is constantly subject to reinterpretation. It’s interesting to see how the recent coverage of Ma’alaea has reignited many people’s knowledge and understanding of the spot. For starters, the wave doesn’t break all that often. Maui big wave surfer Ian Walsh, who is 39, wrote on Instagram that he’s been dreaming of seeing Ma’alaea break like this since he was ten years old. The most recent footage I could find was from 2005 (paywalled). What makes Ma’alaea so intriguing is not just the fact it’s a world class spot, but also its elusiveness.

It’s one thing to read about the wave, and another entirely to see it. Thanks to the internet and continuous advancements in camera technology, this swell produced more footage than you’re likely able to digest in a single sitting. For me, at least, the deluge of footage didn’t diminish the legend of Ma’alaea, but rather, helped me understand all the stories and references I had read over the years with sudden, unimpeachable clarity.

That said, I think I actually prefer the raw footage from the swell, with no slow mo and music to distract from the show that Mother Nature put on. Seeing Ma’alaea with these conditions is truly a spectacle, and I’d still probably watch all of this footage even if there were no surfers on a single wave. To me, these clips are a reminder that for all the energy we put into the other aspects of surfing — boards, equipment, crowds, whatever — ultimately, it’s all about the ocean and its power.

Last but not least, if you want to see one of the most egregious acts of poor surf etiquette in a long time, scroll to the bottom to see Billy Kemper get robbed of what should have been an incredible barrel.