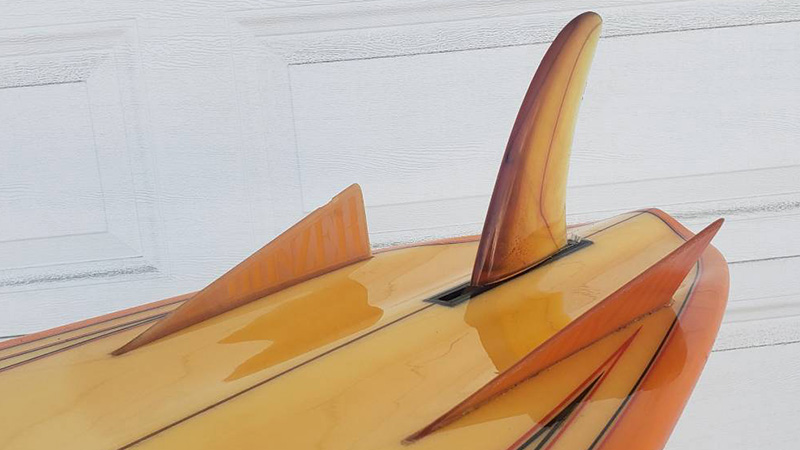 Greetings, Shredderz! There’s a rad 7’6″ Bing Bonzer on Craigslist that was shaped by Mike Eaton, which I thought was worthy of a quick writeup.

I’ve written up many Bing Bonzer boards over the years, and if it ain’t broke, don’t fix it! There are a few cool things going on with this one. First, there’s the fact this board was shaped by Eaton. This isn’t notable for a Bing Bonzer, per se — Eaton was Bing’s head shaper at the time the Bonzer was released, and he later went on to produce his own variants of the Campbell Brothers’ design — but I’ve long been fascinated with Eaton’s career and the boards he produced.

Second, the board happens to have some wonderful details. Just look at how elaborate the resin pin lines are — double pin lines not just around the cut lap, but also all around the bottom of the board. The Bonzer logos on the side bites have faded a bit, but they’re still so cool. I don’t know that the original fin would ride great, but looks wise, it’s a stunner.