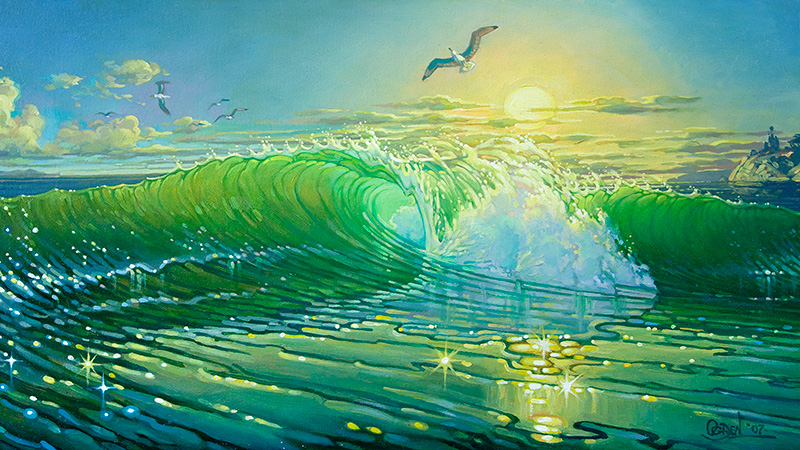 Artist Bill Ogden recently passed away. Even if you don’t recognize the name, Ogden’s artwork almost certainly looks familiar to anyone who’s picked up a surf magazine in the past couple of decades.

Ogden’s background is every bit as colorful as his artwork. Ogden was involved with Laguna Beach’s notorious Brotherhood of Eternal Love, and it’s not hard to see the psychedelic influence in his paintings.

RIP Bill Ogden — thanks for creating images that captured the endless beauty of the ocean in unique and captivating ways.